Greetings one and all! The hiatus is somewhat over at last! 😀 I’ve missed baking, blogging, and bugging all of you on Instagram and beyond, so I’ve decided the time is nigh to set aside procrastination and other foul things to bring you an easy but versatile recipe. Let me say this, naming is not easy. It was initially a spread, then a drizzle, then a mush… needless to say, not at all tempting. The thing is, depending on how much soy milk you add, it could be any one of those things. Ah well, tuff life choices when you can smear something with kick and creaminess on top of toast or swirl it into homemade nice-cream :p In this post I’m highlighting three ways in which I’ve used the protein cream to give you ideas, not that you aren’t ridiculously creative all by yourselves 🙂

This all started with me wanting a protein fix in my hectic last weeks of the previous job, in between illness and other nonsense. It’s those kind of situations which really drive my brain into simplicity mode, with a side of tasty. Enter this “cream”, for lack of a better word. I’ve made double batches for the past few weeks, and am planning on trying it with different variations like tofu and my trusty chickpeas. Yes, that’s right, I didn’t use my usual secret ingredient, muahaha!

And before I go any further into food, I guess I should drop a line or two about my new job, since it’s finally started and I’m so excited for new things! I’m now officially the Head of Subject for History at a nation-wide distance education company, and I get to mostly work from home with Man-thing 😀 Man-thing and I met when we were tutors together at the local university and I fell for him as much for his good looks as I did his work ethic, so we’re going to have a great time I suspect. Fingers crossed I don’t make a twit of myself, but I absolutely adore the subject and admin, so combined it should be a fantastic challenge. Best of all, it’ll be something where I have more time to blog and be in the kitchen. Huzzah!

The first thing I tried out was just adding it to a normal smoothie bowl, since I tend to have the standard cauliflower nice-cream treat each day (much to the woe of Instagram which makes me feel like an old woman with how creative everyone is). Nom! The passion fruit gives it a slightly sour edge which goes perfectly with the creamy delight of the rest of the ingredients. I’ve got the last of my passion fruit waiting in the fridge to make another batch just so that my daily breakfasts or lunches can be glammed up like this again. 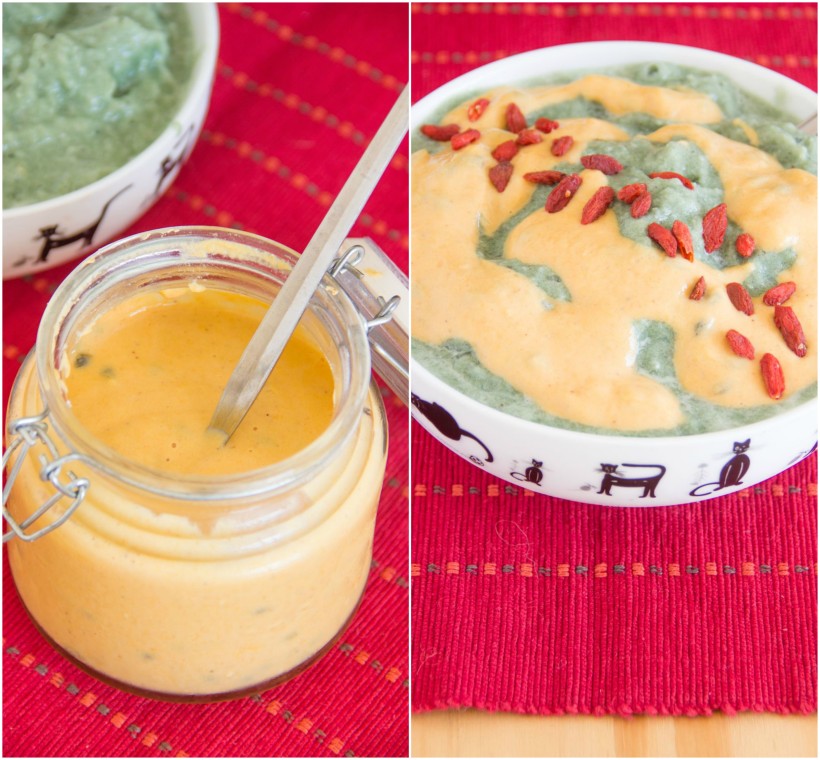 Next I tried some banana ice-cream pops, using 1/4 cup of the protein cream, 1 large banana and 1/2 cup soy milk blended together to make 4 tasty treats. I ate them all up pretty quickly, but one can easily jazz it up with granola, goji berries, chocolate, or nut butter swirls. 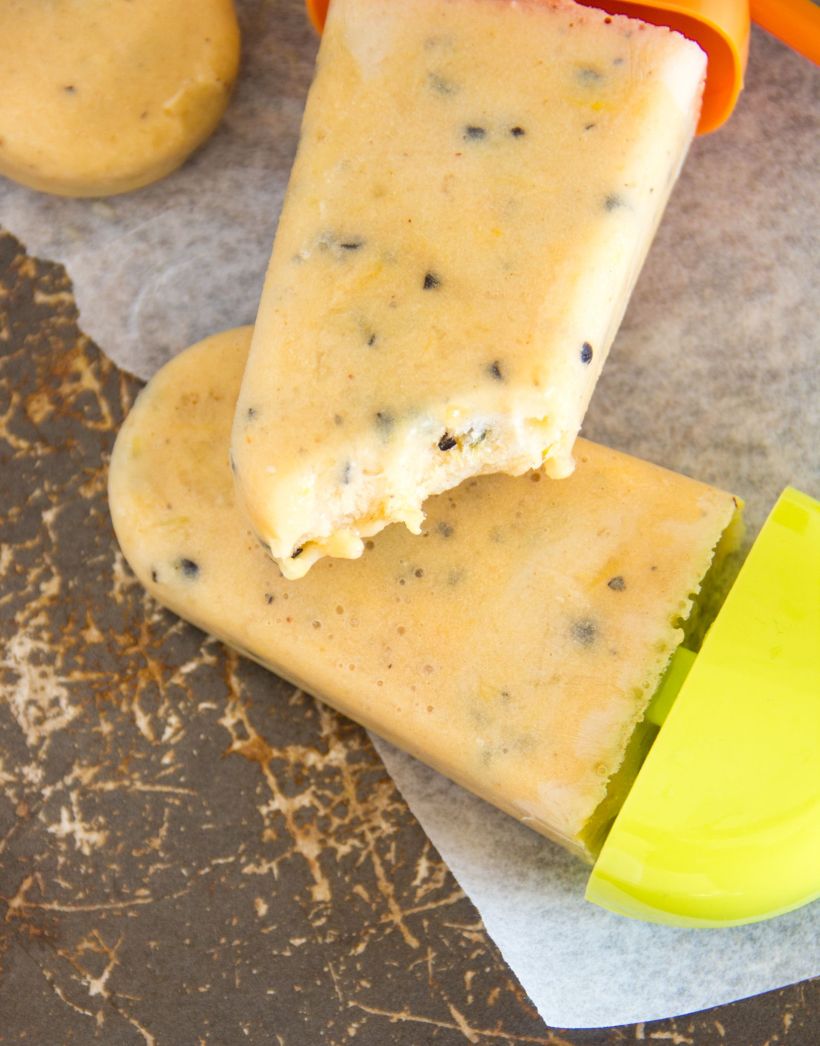 Frosting for a microwave muffin/cupcake – I used Feasting on Fruit’s amazing recipe for her Chocolate Cinnamon Mugcake, with peach pureé instead of date paste, and a dash of choc chips. Man-thing was over the moon to receive something “baked” and chocolate-y, since he’s been deprived during my hiatus as much as I, so it was win-win all round. I naturally ate all the frosting and a bite or two of the mugcake before handing it over, since he’s not a fan of fruity things, but it wasn’t exactly a hardship on my side :p 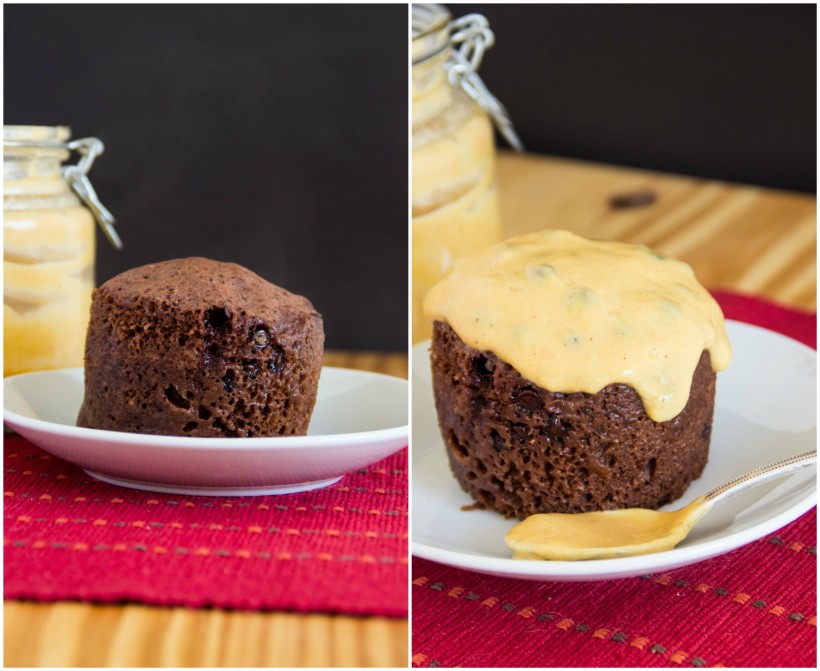 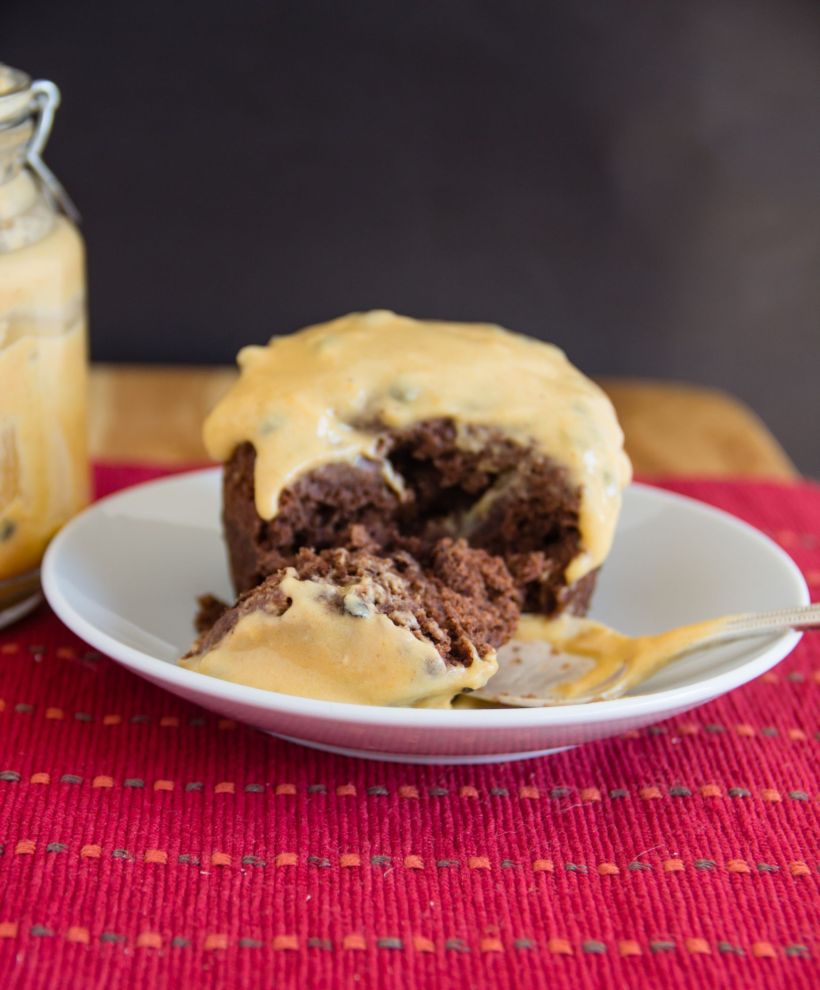 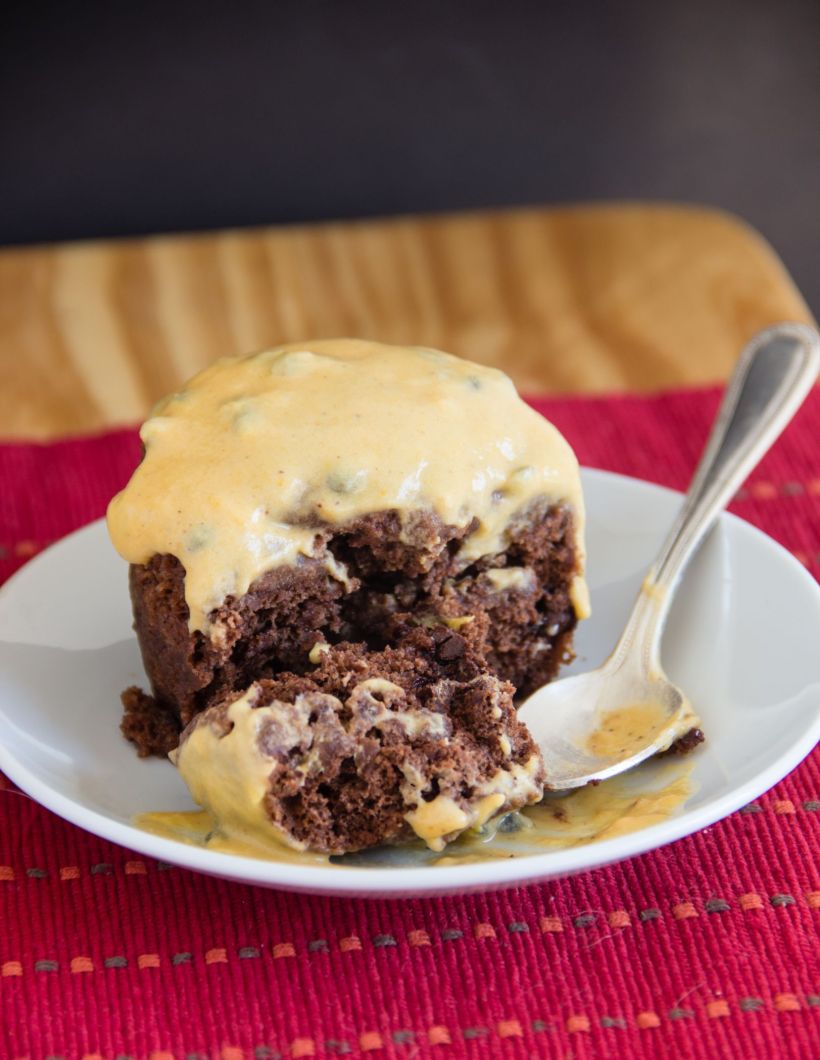 Some more ideas for ways to use the passion fruit protein cream:

And on a final note, a little ode to one of my soulmates, Atlas. My little panda bear, big puff, cutest patootie ever. We’re busy trying to integrate the cats after a big spat between the boys which left Gatsby in the hospital, so it means lots of maneuvering behind glass and other shenanigans. Slow but steady! In the meantime I am so thrilled to have him and the others (in shifts) at my side as I work from home. I always used to get pics from Man-thing during the day of the cats being cute and adorable, and now I get to see it first-hand ❤ 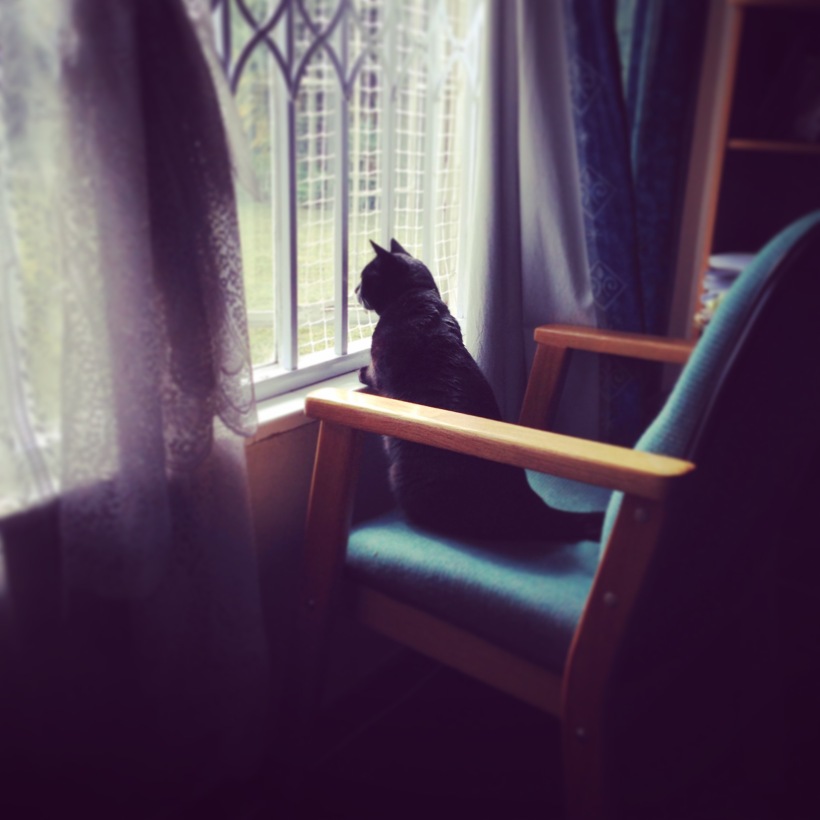 Happy Tuesday! We’re off to the in-laws to babysit their puppies, but with my allergy pills I’m shockingly ok with the fluffy chow and the darling Sharpei. I’m not much of a dog person (hence the kitties tag and a lack of dog), but these creatures are pretty adorable and I’m learning how to pet them without expecting purrs (the latter being a disappointing discovery which I had forgotten about). Cats FTW! 😛 ❤