Whoop whoop! I am super excited about today’s post because I get to talk about one of my favourite things: chocolate ice-cream! Some of you may have seen my review of One Green Planet’s Food Monster app here but I’ve shifted it over to this post so that each one gets its own bit of shiny 😀

A fortnight or so ago I met my very first real-life vegan, which is kind of a big deal for someone who is always the odd duck out at restaurants and the like. I ended up sharing a bit about Marfigs’ Munchies, since it was my way of keeping busy when I first got married and became vegan and needed some way to structure my glee, so I was pretty chuffed when she asked me to bake a birthday cake base for her husband! She made the most insane fondant topping of those doge business, so all in all there was much glee, and Man-thing and I ate quite liberally from leftover test-cake and frosting for the days to follow. Whilst I was busy I was also inspired to delve deeper into chocolate territory, so this happened.

Before I describe how yum this is, can I just point out that soft, silky corner? That’s always what grabbed me about ice-cream is getting in on those corners and working my way round and then to the middle (I mean… not always in one sitting :p). That’s my sign of excellence for any ice-cream, so I was making such a scene when I took it out the freezer and the soft corners were there after a minute or two.

I know there are a lot of purists out there who are going to read the ingredient list and then cuss me out for not having traditional peanut brittle or something, but I was really craving a dash of saltiness along with crunch, so it’s too bad, because it tastes fabulous. I’m preparing for a lesson tomorrow I’m presenting and I’m all about poetic licence at the moment! 😀

Oh my goodness, it really is so super creamy and sweet and tasty! I caterwauled to Man-thing to come hold the spoon for photos (and incidentally woke him from a nap), and he stumbled in and took a bite, then made his face of contentment and gobbled some more before shuffling off wordlessly. Unintelligible sounds are usually a sign of success, and I must admit I didn’t shy away from having my very own solid portion of chocolate delight. 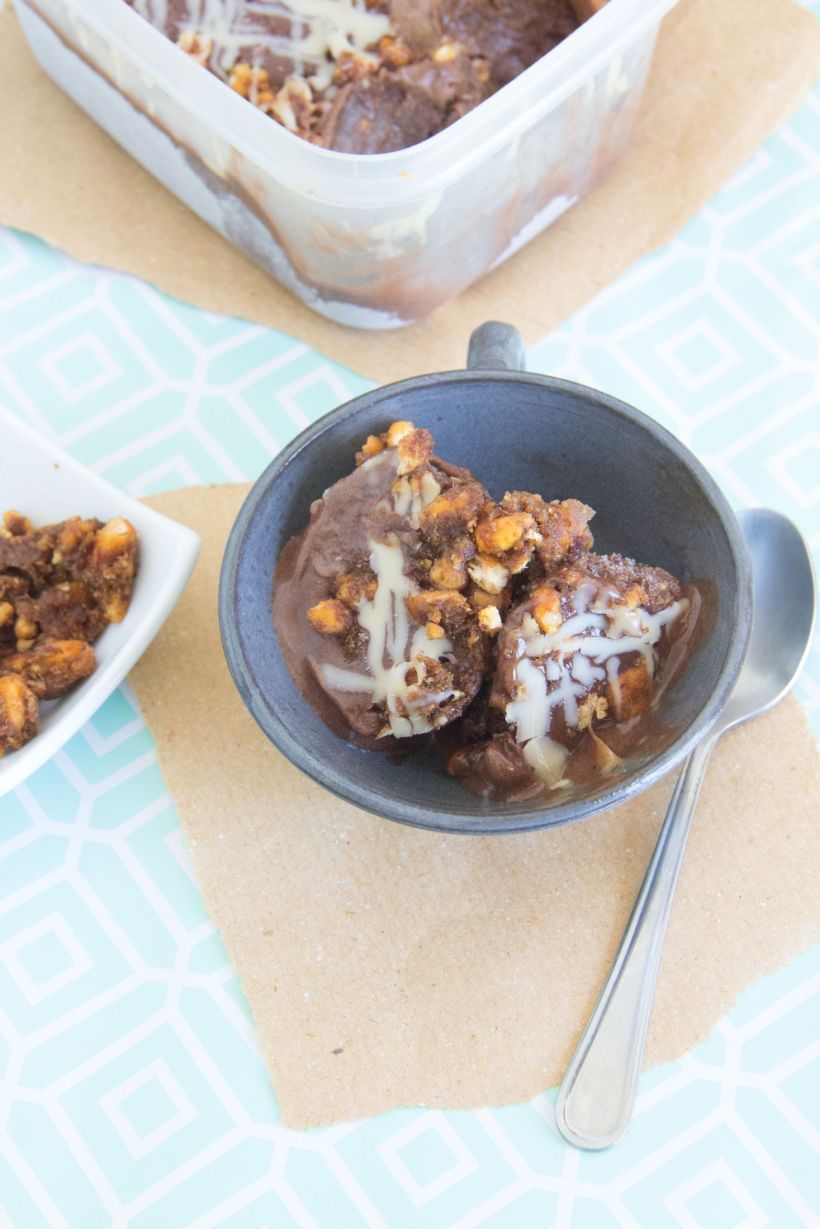 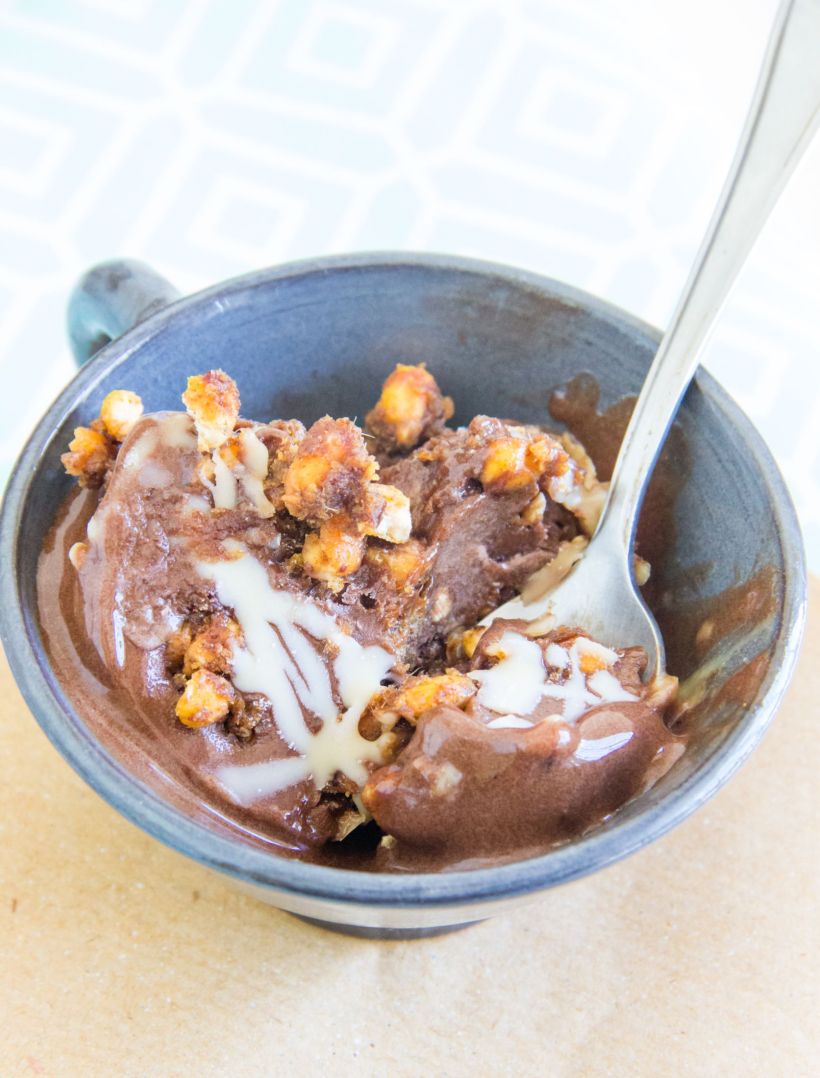 The “brittle” mixture really adds a lovely texture to the silkiness of the ice-cream. The only ice-cream I can buy at the shops is these icy fruit flavoured pops, so getting real creamy stuff is just a treat beyond measure. Because it’s so decadent you don’t necessary need anything to go “with” it, but it can happily join a cinnamon chickpea pancake or be scooped atop a shot of espresso (seriously, I tried it, worth it!).

Does anyone else get panicky about hand models when it comes to food? I gave Man-thing a bit of a speech about holding his spoon like a human being, much to his amusement, but anyway, when I looked at the photos after all I could see was chocolate, so I had a nerd moment for nothing. This is a great treat to keep in the freezer for spontaneous moments or to treat guests with a little nibble on a hot day. We’re marching into some caricature of autumn at the moment, but I love my freezer treats all year round, so no barriers on deliciousness for us!